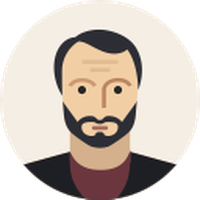 Dr Rémy BRAIVE is associate professor in Université Paris-Diderot and CNRS-C2N since 2009. After a PhD in “Optics and Nanophotonics” at University of Paris VII/LPN, he joined MPQ Garching (Germany) and then EPFL (Switzerland) as a post-doc where he started to get involved in the fields of nano-optomechanics. Since 2009, he carries his research activities at C2N where he launched a new direction line on optomechanics with suspended photonic crystal membranes, benefiting from his large expertise in experimental optics and III-V semiconductor processing for nanophotonics. Since 2021, He is junior member of Institut Universitaire de France (IUF) and in 2022, he received Fabry-de Gramont price from the French society of optics (SFO).